UNP Leads a Trio of Surprising RR Results in Q1/20 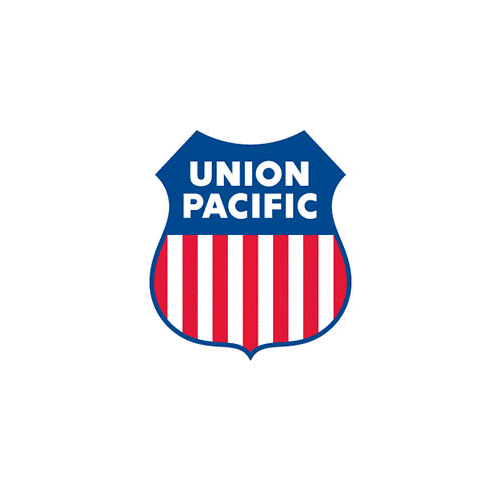 Mea culpa? I wrote that, for Q1/2020, CP & KSU will be the “outliers” within the rail group (and they were – in terms of volume growth) but the next four reports (CSX, UNP, NSC  & CNI) all produced superior and surprising Q1 EPS, showing the power of railroad cost control and the PSR impact.  CSX was the first of this group to surprise (see Note) – and I have my second “Mea Culpa” of just this note – when, after  I predicted CP would have the lowest OR in Q1, I wrote that CSX came close.   Nope! As I was gently reminded, in fact, the title goes to CSX (58.7 to 53.2%)!   OK so CSX displays differently (earlier period first) – it’s, of course, on me, and so – apologies to Jax.

The parable of the long chopsticks:  Most of you by now, I am sure, have heard the much-honored KC Southern CEO Pat Ottensmeyer discuss the issue of working together via his favorite story, the “Parable of the Long Spoons” (for example, at RailTrends 2019 upon receiving the Railroad Innovator of the Year” award).  Well, he has made it into pop culture as last Sunday’s “The Simpsons” (“Warrin’ Priests Part 1”) highlighted the Parable of the Long Chopsticks.  Congrats Pat on making your mark on America’s top cultural show!  Now, back to business:

UNP blows through expectations without the help of volumes or a long history with PSR.  So – CP is CP, and along with KSU, was producing string volumes before the C19 bottom fell out.  CSX, well, they started PSR 18 months before their American peers.  Surely UNP will be fine, but not extraordinary this quarter, they had been looking for a strong H2/20 volume kick to show off their new service capabilities and then….well, it will be a first quarter of treading water and who can blame them?  Not so!  Despite a 7% volume drop, UNP produced an 11% increase in EPS – OK, so the comparisons weren’t difficult versus the weather/freight recession a year ag, and shares were down 5% YOY.  But UNP reported earnings 14% above an increasingly mystified Street’s expectations.  Now that is something.  They did it via cost reductions and PSR productivity, of course, on the way to a 380bps core reduction to a 59% OR.  Note that their OR also (just) bettered CP, by the way (Mea Culpa #3?).

Not everything was stardust – UNP has been a bit of a cipher, perhaps ever since their rather ill-fated Analyst/Investor Conference of 2018.  This time their excellent performance and extreme confidence came in sharp contrast to their announcement of pay-cuts and unpaid leaves of absence (etc), which combined with a $150-200mm “trimming” of their Capex plan ($3.1B in January) seems a more desperate act.  Yes, I know the railroad is getting lighter as coal dissolves (I have argued that since 2012); but…. I mean, $150mm to UNP?  It’s change in their lobby couch!  Suspend guidance (check), sure; ditto the share buyback; show the beginnings of the C19 impact (volumes down 22% QTD, likely to worsen to -25%); highlight cash on hand ($2B!) and extreme liquidity and FCF generation, absolutely!  How does that jibe with “trimming Capex” when others are holding the line?  Note – this was unremarked upon during the webcast Q&A.  But, back to the good news….

But UNP operations were impressive indeed and COO Jim Vena deserved the bow he took.  UNP hit $220mm in productivity gains in the quarter, and while they did reduce their FY target of $500mm (to $400-500mm) they are confident in the PSR path.  Some highlights:

And Vena et al said there’s more to come (unmixed in metaphor – fully “half the game” left) – enlarged sidings will help train length more; there is more to come from shop consolidations (etc), IM terminals (starting anyway, in Chicago and LA), local operations, etc.  Not mentioned, but still out there is a benchmarked fuel efficiency gain (to be faiiiir, they improved 5% YOY in the quarter).

More thoughts from the webcast:

So….well done Uncle Pete.  Now we know that CNI faced too many barriers (some physical) and a rash of just plain bad luck to do well this quarter, and NSC was not far enough along in its own PSR journey….I foresee some more Mea Culpas to come tomorrow.  And then we will both wait on BNSF/Berkshire and try to wrap up what Q1/2020 means in the C19 Pandemic “period”….