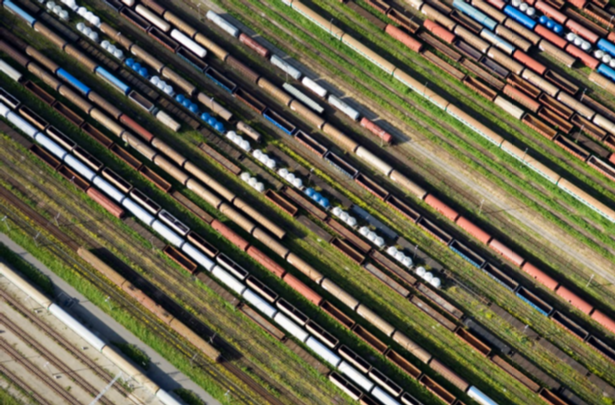 Union Pacific added another solid result, beating earnings expectations in extreme circumstances, to the rail group’s record; CSX did as well (EPS in-line with consensus; next report – we are waiting on some news), so all eyes on the last publicly-traded rail, NSC, to report tomorrow morning, with BNSF on the weekend (we think).  But first, the big news of the week (from my Tweets yesterday, with additions):

Welcome back east, Cindy Sanborn, NSC’s new COO!  Mike Wheeler will be retiring; an outside search had been long suspected; Cindy comes from UNP having been, of course, at CSX.  Cindy will be the first COO - a) at NSC b) maybe ever? - to have top Ops leadership positions at 3 of the 4 US major RRs; she will be only the 4th (corrected) woman to head Ops at a Class One RR – another being, of course, herself, at CSX (plus Kathryn McQuade at CP and Katie Farmer at BNSF)! Her full intro should come on tomorrow’s NSC earnings call (although she isn’t starting until 9/1)….Cindy has been a popular presenter at RailTrends in her CSX role; we welcome her back to the C-level and think she will bring solid, stable leadership to NSC.   Doubters may question her PSR credentials (she was the CFO before Hunter – but is there any position less secure than COO when Harrison arrived at a railway?  (I mean, a CMO would just be ignored).  She has been at UP for 2 ½ years, the last year and a half under COO Jim Vena, serving as head of the Northern Region (as big as any eastern railroad by itself) and VP-Network Planning.

Sanborn#2 Old-timers remember when no one moved from one big railroad to another, much less 3 (nor from a rival, like CSX to NSC). Maybe that’s a myth like “before free-agency ballplayers stayed on the same team” – but today there seems to be a fair amount of “free agent moves” and not JUST the CN Diaspora (think: BNSF to CN COO, for example).  This trend should benefit the industry and turn intramural disputes and rivalries into a broader, global network outlook.  NS had previously brought in its CFO, Mark George,  from outside the railway (though not from another carrier); however, as Bill Stephens points out in Trains/online, 4 of the 7 major rail COOs now come from other railways.

“I’ve got my eye on a couple of yards that need to be tuned up.  And if they don’t tune-up, they’ll be gone.”

Union Pacific COO Jim Vena, using a Canadian utilization on “tune-up” (as opposed to the Bronx version, as used on “NYPD Blue”) related to UP freight yards and terminals.

Union Pacific beat expectations but still showed the effects of the Pandemic economy: volumes dropped by a fifth;  revenues by 24%; EPS by 25%; the OR increased by 140bps to a still quite respectable 61%.  Much was made of UNP’s (semi) reinstated Guidance (FY volumes down ~10% which means carloads down a similar amount in H2/20, productivity gains –now - exceeding $500mm, pricing at “rail inflation plus” -“rail inflation is not a very high bar at present, of course).  No change to LT goals.