RRs - NSC, CSX & UNP All EPS "Wins" BUT is an Emerging Tone-Deafness an Issue? 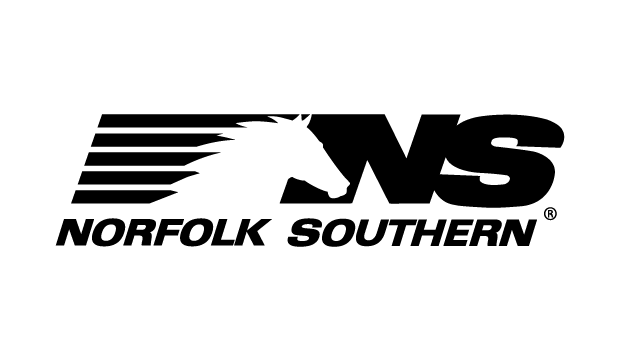 NSC joins CSX and UNP in the winners' circle; CP later today (slight beat, but hear the trumpet’s call) and then BNSF….?

NS, after UNP & CSX makes it  3-for-3 in earnings “wins” (i.e.; beating Street expectations) -  but signs of Tone-Deafness emerge, from (over) emphasis on the OR (the big focus of NS’ incentive although an over-1000bps improvement is, to be sure, worth crowing about), to headcount reductions and also assessorials, (1/2 of the YOY RPU growth), etc; the former is out of date (rail investment themes have moved to – forgive me – PSR 2.0 and Growth/technology/ESG) & latter may be necessary - but read the room, guys!

Norfolk Southern beat expectations by a lot, even excluding the 17cent/200bps gain from a property sale and a +9 cent tax change  In fact, NSC’s “core” OR improved 1040bps to 58.3%, perhaps the railway record for a single quarter YOY performance; the comps, of course, lack real meaning, but the OR improved sequentially by 100bps.  NSC raised their Guidance for revenues (FYG to +12%, implying rather flattish H2 comparisons).  From a financial perspective, NSC, NSC’s results were stunning – volumes up by a quarter but OpEx only up by 11% as headcount was down 8%.  This was a Very Good Quarter – free cash flow (FCF) was up 44%.  NSC talked about service and capacity improvements, then faced a barrage of questions essentially on the same….CMO Alan Shaw well summarized the rail perspective on the supply chain – “it’s not an issue of capacity but of throughput”.  some thoughts:

CSX was the first rail to post a positive result versus Street expectations, and shocking, well, me, anyway, by reporting a 43.4% OR (again, shhhhh) – though of course after excluding the big Virginia property/passenger deal, it was a lousy 55.1%  Volumes were up 27%, revenues up a third.   Even coal got into the act, up 44%/47% (vols/revs).  CSX is the railroad with the most before the STB (Massena sale, PAR purchase, ACC letter), if not the biggest stakes, and the one that since Hunter, that the STB has been the most angry with….All the operating metrics reported went the wrong way (velocity down 16%, dwell up 18%, On-Time Arrivals -20%, Originations -11%, etc) save flat fuel efficiency.  Trip Plan performance was 15% worse in carloads (69% - it was in the mid-80s in ‘19) and 5% worse in IM (89%).  Poor timing (the STB might argue this has caused the timing).  CSX is emphasizing, correctly, its efforts to turn around the situation, via technology (D/P, ATI, other buzzwords), strong Capex (a turnaround, to be sure), loco rebuilds

Union Pacific showed the way for US carriers – beating the Street by 5-7%,  2020 (“skewed comps”) by 63%, and 2019 by 23%; their OR of 59.6% was 590bps lower than last year and still 450bps lower than 2019.  Do remember, however, that 2019 was a lousy year, so it will take a while for true comparisons to emerge for UNP and for the rails as a whole.  And Q1 was impacted by the Texas winter, recall.  In operations, productivity (loco, “workforce”, train length improved while service metrics (car velocity, Trip Plan Compliance for manifest, and IM) declined.  An apt metaphor for the rails in Q2/21?  They were hurt by LA/LB, by wildfires, and re-routing due to the Dry Canyon bridge 9with that name, perhaps someone should have seen it coming, like Lou Gehrig and ALS).  Still, they see the network constraints (such as the Chicago embargo, etc, as “transitory”.

Note – in their prepared remarks for their Q2/21 earnings webcast (on NOW) CP did not mention KSU at all, and stated later in their Q&A that they have enormous “self-help” opportunities and that in the absence of M&A will still outperform the industry….more to follow.