Reflections on the proposed buyout of GWR 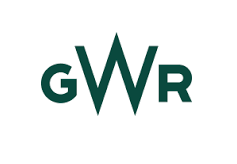 From Jack Hellman to GWR employees July 1: This morning we are excited to announce that G&W has entered into an agreement to be acquired by Brookfield Infrastructure and GIC, pending regulatory and shareholder approval. If approved, the sale is expected to close at the end of 2019 or early 2020. Brookfield and GIC are two of the most respected infrastructure investors in the world who have a long-term view of investing that is perfectly suited to long-lived rail assets. Not only will Brookfield/GIC support the continued execution of G&W’s growth strategy by our current management team, but they also will bring expertise from their ownership of other rail assets around the world....”

Happy 7/4 - and a belated ‘Happy Canada Day’ – and a good one it was for Canada’s own Brookfield Investment Partners who led (along with Singapore’s GIC and others, labeled somewhat ominously “the consortium”) who yesterday announced the $8.4B (all-in) acquisition of Short Line Holding Company leader Genesee & Wyoming (GWR). Thanks in part to an unprecedented amount of deal info leaking (kudos to Bloomberg), this was no real surprise. In addition, as far back as their last Investor Conference in November 2017, GWR had itself said that North American deal-making was getting harder as asset inflation accelerated (due in part to the differing return requirements between public, strategic, private equity and infrastructure investors) – but the upside was that they realized their own portfolio was under-valued. Interestingly, the short line community thought this was a done deal for some time; the investment community was a tad more cautious, an interesting role reversal. Meanwhile, as an aside, the timing of Canada Day for a Canadian-led deal (and BIP is widely followed up North) wasn’t too bad, given recent major rail calls on Yom Kippur, etc. But what does it mean – to GWR, to the rail industry, for other deals?

Key Dates: The deal press release says that GWR will not hold its planned Earnings Call/Webcast on August 2 (I am not sure why not, they will still be independent and publicly traded– in addition, as a parting gift to the analysts who followed then for 20+ years, they will cease producing quarterly traffic numbers!). So:

Why did GWR do this? Well, the deal represented a 40% premium to the share price before the leaks began (for the 4% short – oops!), and at 13.3X 2019E EBITDA and 26X ‘19E EPS, that’s a healthy haul! The seller's market bonanza, as described above and noted by GWR repeatedly for the last 18+ months, for one reason. In addition, GWR can be viewed in part as a victim of their own success – by creating a 114-railway behemoth in North America, they made it harder on themselves to continue to make deals “that move the needle”. A $10mm revenue deal that would be coveted by some SLHCs would require the same effort in due diligence and “go teams” and yet be barely noticeable to their investors. It could be inferred (even though denied) that this problem could cause GWR management to take bigger risks and do deals in other regions (the UK, perhaps, if not Australia). A combined deal/operating company might not be best suited for quarterly results...

What does this mean for GWR? They can recommit to the small, fill-in deals, for one – and at the same time have a parent with deep, deep pockets for larger ones, should they arise. But the deal leads to some questions. Will the current management stay? They say they will (see above). Did BIP see this as a pure infrastructure investment (stable, say mid-single-digit returns/hands-off style), or will they view this more as a private equity investment (investing with an aim to provide something – capital/expertise/directional change- to improve results and achieve double-digit returns)? The deal press release states that BIP et all “fully supports the G&W business plan”, but some sources say that isn’t entirely accurate, citing some issues of operational efficiency, and growth potential...In addition, a Canadian source close to BIP said that the ownership & fund structure was complicated – with some seeing themselves as lifetime investors and others with a 10-year (still “long term”, to be sure) horizon. The source suggests perhaps 1/3 of the ownership confederation would be in that more opportunistic (PE) category...That could be interesting – an internal “activist” in the mix?

Australia could be an issue, given BIP’s ownership of Arc which owns 5500 “track kilometers” in Western Australia (the above rail operations are run by Watco). Interestingly, as Hellman pointed out in the GWR memo to employees, Arc was part of the ARG, which GWR sold in 2006. In a memo to GWA employees, Hellman wrote that “it is with a heavy heart that I inform you that (BIP/GIC) intends to sell G&W’s 51% stake in G&W Australia....due to regulatory considerations related to BIP’s Arc ownership”. To which I would add – the Australian rail regulatory environment is pretty crazy and inconsistent; but I would ask – why not keep GWA and sell ARC? Hellman wouldn’t say who the buyer was (implying this was perhaps an already done-deal – perhaps to MIRA, the 49% owner? How long will this take?

What does this mean for other short lines and for short line creation? This is “merely” confirmation of what’s been going on since 2017 – global (and local) investors want North American rail assets. In the last three months we have seen, for example:

1. May - the ~$19mm purchase of the 17-rail SLHC Pioneer Rail by the partnership of Brookhaven  & Related. The former is the entity created by old friend Alex Yeros, formerly of the Broe Group, owner, of course, of SLHC Omnitrax. Omnitrax has also birthed Alpenglow, another SLHC investor.... 2. June – the announcement of the RailUSA acquisition of the 430-mile CSX Panhandle (FLA) segment. RailUSA is Gary Marino, back for the third time in the SLHC creation world (RailAmerica, Patriot); this is their second deal after the Grenada Line. They have backing from EGI (Zell) – and others. 3. July – GWR 4. August? – we are not done...Note just for (one) example the flattering article in August “Trains” magazine on the Central, Maine & Quebec (CMQ) entitled “A Railroad Reborn”; reborn from the ashes of the ill-fated MM&A and owned by Fortress (former owner, of course, of the FEC – and of RailAmerica). Fortress’ Joe Adams has said on numerous occasions that this line is not core to them, and will be sold...Others too...

What does this mean for the Class One rail industry? Nothing, really – assuming that GWR stays the same or improves. The GWR materials use the line “business as usual” – a lot. A lot of that depends on whether management stays and develops succession plans, or takes the money and runs. CSX has sold two line segments with more to come; the success of that project might help persuade other major rails to look to do similar things....but short line sales by Class Ones aren’t – or shouldn’t be – about the dollars (which are trivial, in the grand scheme of things) but about value creation for the main, core rail network (feeding the beast). As for the “trend” of going private, well, fuggedaboutit. BNSF is already quasi-private (Berkshire Hathaway) and often alludes to the benefits of that status, only sometimes tongue-in-cheek (note UNP’s push back of late in a most interesting war of words developing). The rest of the railroads simply are too valuable – UNP’s market cap is $118B ($8B being the “Vena bonus”); and frankly, as we have seen up North, the public markets can still work for capital intensive transportation businesses.

Previous
RR Q2/19 Preview: CP Out-performs - Better Late Than Never?
Next
Greetings from back in the good ol’ USA (But congrats to the Raptors – We the North!)