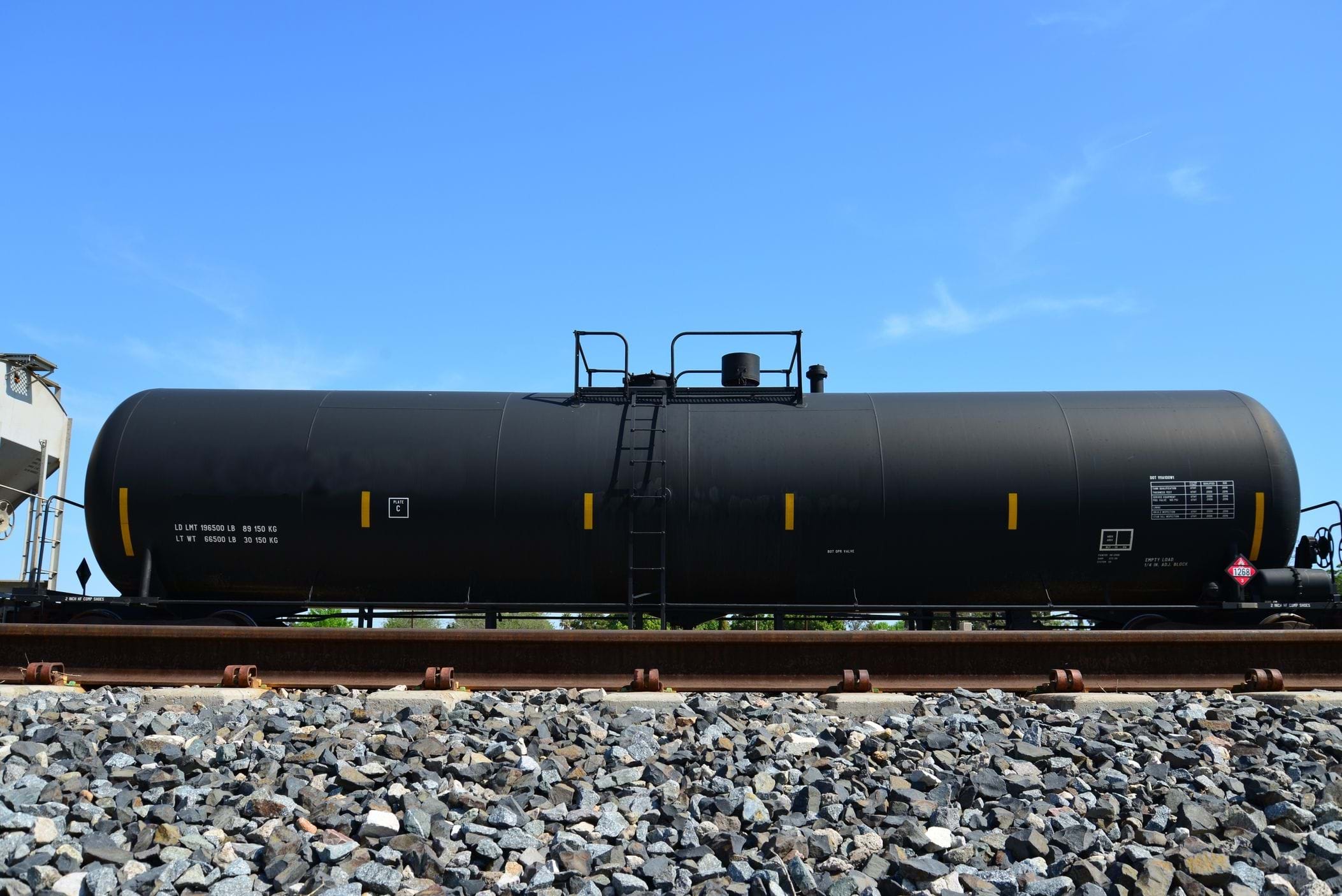 Oil, is it?  Black gold?  Texas tea?  I don’t think Jed’s a millionaire any more….unless he took his money from Drysdale’s bank and invested in  Cushing cash or super-tanker treasure – but not railcar reward.

CBR/Storage: Waiting for Godot?  The San Pedro basin (LA/LB) apparently looks like it did in the ILWU strike of 2002 – ships lined up for miles (also like photos of D-Day +1),  So much has been written on the oil storage  (price/production) issue with empty rail tank cars as a possible (at least partial) solution – even up to this past weekend (FT: “Oil Traders Turn to Salt Caves and Railcars in Storage Crisis” – although the subtitle noted that they missed their deadline: “Peak Pressure Might be Over”) and Bloomberg/BusinessWeek (“No Room in the Tank”).  And even today – WSJ: Heard on the Street: “Oil’s Crash Prompts Push to Store Fuel at Sea”.  And on and on….

Gold or Fools’ Gold?  So, while others have speculated on putting those parked tank cars to use, creating a possible silver lining to this black plague-filled period, our discussions with top stakeholders – the leasing companies that own the rolling stock; the OEMs; the railroads large and small that move oil (CBR) - or not, as the case is now - and could, maybe, store oil; energy companies (and analyst – thanks particularly to Mark Bononi, oil expert par excellence, and to Dick Kloster the rail-car-guy) and storage businesses, etc – and we have come to the conclusion, always risky in these fluid times, that it is certainly not the solution to the oil storage “crisis” and in fact isn’t really likely to be of niche support.  Why?  Money, risk, timing – the unusual suspects!

First, some factoids to frame the situation – we know about the Saudis & the Russians, the demand destruction, the contango, super-contango, and negative pricing since a bit recovered….The IEA puts global energy demand at -6% (US -9%) – with “downside risk” (note emissions are estimated down 8%).  Oil has become price-inelastic these days.  In addition:

So why not railcars?

Clearly some car owners and some (short line) railroads have explored this (and the FT noted rail; car storage in Chicago – but that seems….implausible).  But let’s break this down into a few categories:

One idea that I and others have had is taking the all outdated (or soon to be) 117 and 1232 cars, move them empty to say, Cushing OK, create permanent (and cheaper) purely storage tracks (think: mobile home parks), removing them from transport regs, from C1 cares and connect them to the big tanks there….most that I  have asked were praising the innovative mindset of the questioner but also skeptical of the ability to move them to one place quickly enough to take advantage of what could be – by rail standards – a short-er term opportunity (versus that $5K scrap fee in hand)

Previous
Calm Before the Storm? The Last 2 RRs Beat Expectations (& Raise Questions)
Next
UNP Leads a Trio of Surprising RR Results in Q1/20