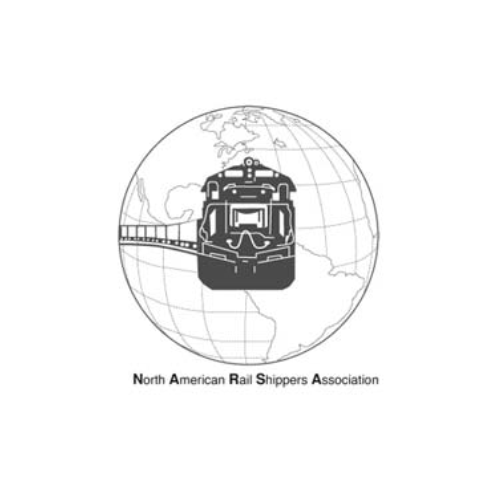 It’s NARS time again – the end of the winter/spring conference circuit is perhaps the highlight.  The rail world will gather in San Antonio tomorrow for the North American Rail Shippers Association (NARS) Annual Meeting (View Agenda, 5/15-17)- and it will be a great chance to hear & learn from some folks and companies from whom we don’t often get that chance, starting with Carl Ice, BNSF’s CEO, nicely timed after Berkshire Chairman Buffett’s comments at his big party in Omaha a week ago (see attached).  BNSF will also discuss CBR (in the person of Industrial Products Group VP John Miller).

Outside forces: NARS will cover the political side, from trade (US Chamber) to regulatory matters, well-timed, through presentations from both the former and current AAR CEOs (Hamberger and Jeffries, respectively, of course), new ASLRRA (short-line) head Chuck Baker, the head of the Association of Mexican railroads, and Commissioner Patrick Fuchs of the STB.  These are the highlights (along with Beth Whited. Chief Human Resource Officer of the UP and Clarence Gooden, who needs no introduction).  And, yes, there is an analyst panel (Hatch/Hoexter/Paterson).  I will be talking about the rewards of Capex (see expanded slide deck, attached).  But best of all, there will be some 250 shippers (USG, Shell, Honda, Chevron Phillips, Nestle Purina, Bayer, Georgia Pacific, etc) 3PL/IMCs and rail executives on the Riverwalk; if you are there please let me know….

NARS is well-timed to offer discussions into most of the ongoing or emerging “big themes” of 2019 North American freight railroading – excepting only really the nature of the economy and volume outlook, and at least overtly, pricing (verboten at “ARS” meetings for anti-trust reasons, of course).  The top five are:

1.       Trade – the big issue since….2017.  Wrote the FT’s Global Insight columnist Edward Luce:  “(President) Trump has staked his reputation on eliminating the trade deficit (as opposed to changing the intellectual property rules etc) with China.  Most economists think that goal to be unattainable – and undesirable”.  Remember that the much-publicized AAR figure of “42% of US rail volume is trade-related “greatly understates the total impact on the Class One industry.  The recent heating up of the US-China trade war, only a few days ago thought to be resolved, is obviously not great news for rails – impacting Ag, autos, consumer goods, plastics, etc.  The chemicals sector is “particularly heard-hit” (the FT, again) – let’s see what PLG says about it here at NARS.  The latest salvos have been estimated to include fully 50% of the trade between the USA and China – and The Economist notes that “China vows to fight to the end” on this issue.  Q1 US exports to China were down 30%; imports from, down 9%.  Overall global trade declined 1.1% for the first two months of this year.  Overall subsets of this broad theme of disruption and seemingly permanent volatility (no friend to capital investment) include:

2.       PSR – how could we not talk about it? It will be very interesting indeed to hear from someone other than retired Executive Chairman Matt Rose at BNSF (and Buffett, somewhat enigmatically as is his won't) on the subject!  It will be also revealing to hear from shippers (off the record) about their experience.  But from an official agenda perspective, this will be an almost PSR-free zone.  Unofficially, it will be here, there and everywhere.  I continue to marvel at the misconceptions and willing or naïve pontifications on the subject.  It is linked to what I have been calling the “Cult of the OR”, to be sure – and to the pure cost-cutting side of that equation.  And, it has attracted investors on the shorter time horizon part of the spectrum (pressuring Capex).  But it can and should (will?) mature into a “pivot to growth” (viz CP) – as I have also stated, look north to the freight rail future (potential).

3.       (Re) Regulation.  It seems to be a rising threat – one prominent lawyer, one of my few conservative/communist friends, says that rail assessorial “abuse is rampant” – and the STB will soon be holding a hearing on the issue.  But it's not just the USA – Mexico has stepped up what we might consider anti-trust oversight and the CTA up north has taken the CN to task for since-corrected congestion in Vancouver.  But it’s the USA that is really heating up, as we have discussed since STB Chairman Ann Begeman’s incendiary (but enthralling) speech at last year’s RailTrends.  Their recent “Rail Reform Task Force” report was scary – but remember it’s Washington.  Things move slooooowly.  The AAR’s Jeffries stated it “lacked balance” – I expect him to expand on that tomorrow.  And perhaps we’ll learn more from Commissioner Fuchs as well – after all, Frank Wilner called him the “Youthquake Commissioner”.  Ready, steady, go!