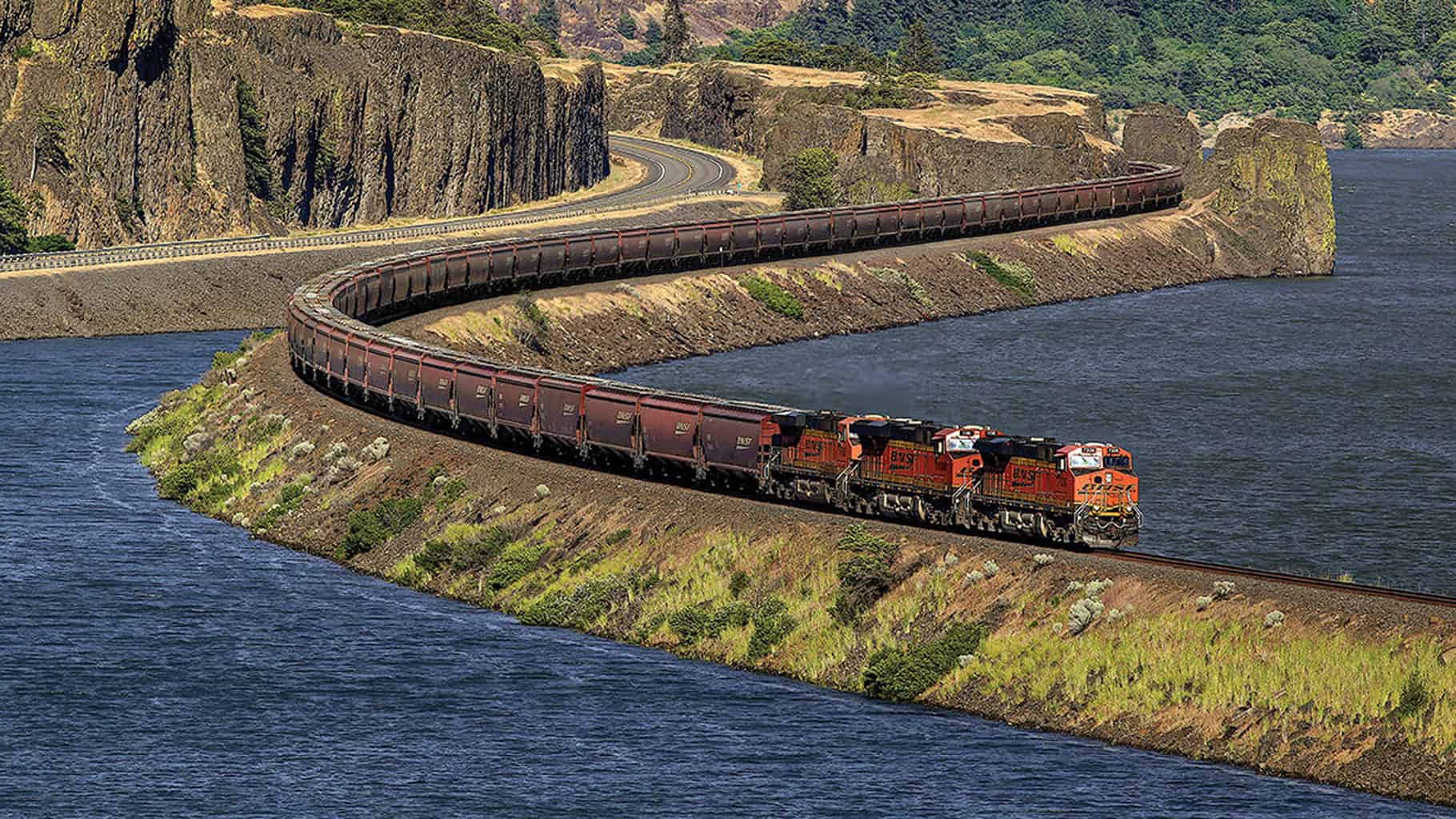 NSC and CNI were the rail leaders of the last decade – can they be again?  Does Q1/20 count, even? Yes, both hard-luck PSR Mothership CNI and former TOP-horse NSC beat Street expectations last week….in the calm before the C19 storm (although of course, the pandemic began its awful influence before the quarter ended).  There were some similarities – both produced good financial results despite a (pre-C19) tough environment; both had improved ORs (although both were in the mid-60s and trailed the group); (yet) both produced very solid operational metrics; both cut their CAPEX (CNI by only a little, NS by….a whole bunch – more below).  Both, of course, cut their Guidance.  But they appeared to differ in the length of their vision focus, as we shall see.  While Q1/20 may well be remembered only as the “calm before the storm”, there are enough interesting takeaways, upon reflection, to consider.  So, pitter, patter, let's get at ‘er!

CNI’s good Q1 beat back bad luck – does it matter?  Canadian National, the PSR Mothership and the winner of best freight railroad on the planet, all-in and century-to-date – is facing increased competition, of course, from her children spreading the religion across North American.  The best ORs (in Q1/20) came from CSX, UNP (!) and CP, all helmed or operated by CN alumni – but it is important in judging CN over the quarter and the past year is the run of bad luck they have suffered – most notably and recently the illegal blockades that dominated the winter headlines.  So in that regard, their operating metric improvement in car/train velocity (+10%) and dwell (-7%) is remarkable. CN noted that by March, post-blockade, their OR was in the “high 50s”.  April, etc will not be so kind (though with volumes down ~15%, there’s was a relative bright spot – but they’re looking to May to be the low point….hopefully); now their recent run of bad luck has been shared by all of us.  But their ability to handle the blockade (etc) impacts was an important piece of “new news” – since a lot was pre-covered, if you will, in their notable late-Q webcasts.  It has been a long while since CNI has had an easy or clean quarter, mostly no fault of their own; it will still be a while, thoroughly no fault of their own.  Still:

Norfolk Southern posted results that thrilled the Street but the webcast still leads to questions. This is a bit of the same old song, with the same ol’ meaning even when the volume’s gone.  And the volume was long gone even before C19 – units down 11% (to be fairrr, the pandemic hurt international IM, an NS strong point, in February, and everything else by the mid-end of March – and NS presented some  excellent charts– page 8 – on the impacts on commodities from C19 and the energy catastrophe, and the outlook on the cost structure impact).  But – talk of difficult comparisons (“pretty elevated volumes” said the….COO) isn’t a great answer (Q1/19 volumes were flat, and intermodal was up just 2%.  And -  QTD NSC’s volume drop of ~30% trails the pack.  It’s too soon to extrapolate from the Q1/20 numbers what’s going on…. But still, like a honeybee stings, some interesting eastern railroad comparisons (thank you Bill Stephens):

What can explain this? Certainly not the webcast, where various attempts were batted aside like an expert cricketer and a spin-bowl.  Questions on the impact of lower oil prices and competitive rails and modes were dismissed (by the COO, notably).  Yes, NSC has touted its “Yield Up” strategy, which is a positive thing, although leads to a small but vocal minority of observers (short lines, shippers, etc) claiming that its part of a “shrink-to-grow” strategy.  I am and have always been a big believer in railroad pricing to their value – they are not a utility nor are they a charity.  I am sure there are good answers here – but we do not know, and we won't for a while.  And - Yes, CSX has gotten better from a service perspective (after initially getting worse during its PSR implementation), but so has NSCX, and it is the historic service leader (the melody keeps haunting me) and clear IM brand-holder.  On the other side of the ball, how did NSC do in Ops/productivity in Q1/20?  Pretty well as their version of PSR (and) TOP-21 is kicking in (with Phase 3 due for completion this quarter).  Crew starts were down 19% in Q1/20, close to double the volume drop; impressive.  They have “pulled down” much of the auto network, fully consolidated trains to a greater degree than ever, and given a “hard look” at terminals and yards (note – in fact the very day after the webcast, they “idled” Linwood yard in North Carolina).  Here the voluble Mike Wheeler, COO, had lots to brag about:

So, what’s the answer?  Unfortunately, we won't know for a while, either, as the pandemic sweeps such thoughts aside for several quarters.  But also of note: