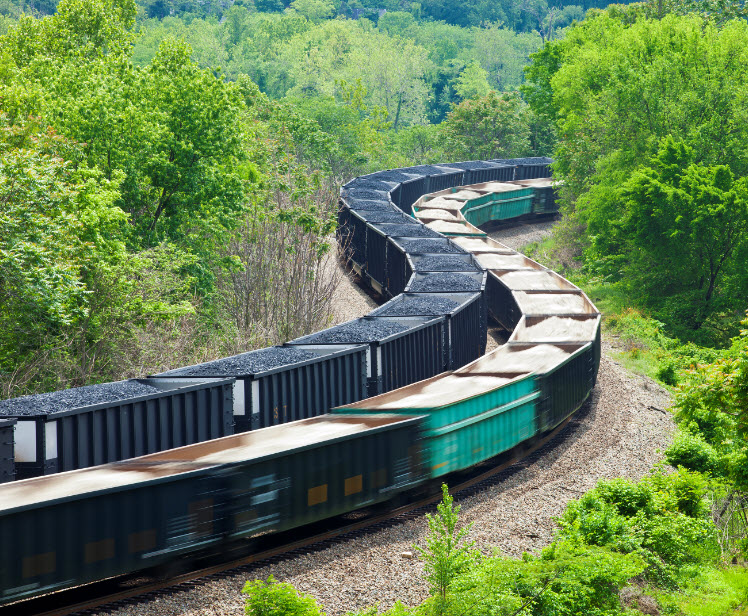 Rail trends (so to speak) continue – with a quarterly progression of “Reiterate/Capitulate/Re-State (and Wait).  By the last, Q3, but, I mean restate near-term (i.e.; Q4) targets and wait till January for more….For Q3/19, the pattern continued - good financial returns and even more caution on the near term outlook, with intermediate-term thoughts, postponed to January.  So for the AFF (Almost Final Four) carriers to report, the trend followed the first Three – two wins (on a rout) and a loss, and in this case an interesting no-decision (BNSF, below).  I listed it as “almost” because we, anyway, would like to see GWR’s results which were due yesterday….

BNSF reported over the weekend as part of Berkshire Hathaway’s results, which seemed to please its investors.  Obviously, BNSF didn’t buck the overall trends too much – revenues down 2% on volumes down 2.6%, strong yield growth (+4.5%) and solid cost control (Opex down 4.9%, almost 2X volumes).  Given our limited information, it’s still interesting to compare to its western rival, Union Pacific – and it is interesting to note that in their Q3 call, UP seemed to back off its implied criticism of BNSF’s pricing strategy.  In fact, BNSF’s yield (not price, recall but what we have to work with) or revenue-per-car, of +4.5% compares to UP’s +1%.  BNSF’s Opex reduction seems shallow when compared to UP (-10%), but then UP’s volumes were down fully 7%.  In intermodal, which combined with auto is called “Consumer” at the green railway and “Premium” at the yellow one, the slight (-1.2%) drop at BNSF looks shiny and bright compared to the 11% drop at UP (BNSF did acknowledge “lower international IM market share”)….and in coal, BNSF dropped “only” 4% in volume as compared to the 15% gap down at UP.

It’s not all Green’s Day:  UP comes close to BNSF  in Q3/19 Ag (as we know, everyone in the sector was impacted by the H1 weather and the ongoing, of course, trade issues), and “wins” outright in Industrial Products (a source of UP’s historic strength and also the first sector to see PSR impacts).  And UP had a better quarterly reduction in OR (220bps to 190bps) – and in outright OR (59.5% to 62.6%), which seems to be of increasing interest to Berkshire Hathaway leadership).  But then again, BNSF has a much more significant intermodal presence.  BNSF also added $100mm to its 2019 Capex plan ($3.67B).  So how would the ROICs compare?

Going down the list of three of the remaining carriers (ex-GWR) from best-performer (versus expectations and in the level of near term confidence) to the more problematic; we start in Canada (of course?)

CP is the railway with the Big Mo (momentum and optimism) – they easily beat expectations in Q3/19.  It’s all relative, of course, in this tough volume environment, but they were the only railway to produce (unit) growth (1%).  They also retained their FY19 guidance, which seems like a big victory).  Revenues were up 4%; (adjusted/diluted) EPS, expected flattish, was up 12%.  Pricing was strong (“+3-4%”).  Operational progress came without big hits (-2%) to headcount, as befits their optimism.   6/6 of their published metrics improved (dwell -16%, velocity +5%) and safety, after a bad start to this year, is also moving well in the right direction (injuries -%5 and incidents -30%!; there was a nice touch when CEO Keith Creel gave a shout-out to CP’s Toronto shops).  All-in, the OR improved another 220bps to an industry best 56.1% without cutting to fine a line on recovery and winter capability.  Some thoughts:

CN produced a modest “win” versus Streets expectations – but hey, a win is a win.  However, in noting “the weakening demand for the rail industry”, even if obvious, CEO JJ Ruest and team played the call as if were, in effect, a tie.  First the bare facts – EPS up 11% on flat (ever so slightly up) units, +4% revenues and a 1% increase in Opex.  Shares down 2% YOY.  The OR improved those 190bps to 57.9% (and remember Trans-X costs 100bps, within the +14% Purchased Services.  But CN reduced their 2019 outlook slightly – folks that’s two months.  The scripted discussion of “adjusting resources to the demand” led to much Q&A discussion on the same theme; comparisons are tough for 2-3 quarters but H2/20 should be the light at the end of the tunnel (although we must wait until January for the detailed discussion).  In a sense, a good quarter was buried under essentially macro concerns.

Norfolk Southern’s results were puzzling – just slightly below expectations (not that that is ever good given the weekly volume releases)  and EPS was actually down YOY (by 1% - and that’s with a share-count reduction of over 14%!)– and yet very good (PSR-fired) operating metric improvements.  But the perception theme developing around NS is clearly that, in the opinion of some in the financial community, they cannot bring productivity gains down to the bottom line or to the (warnings: Cult appearance) the OR, which improved only 50bps (lowest of the report, it was publicly noted in Q&A) to 64.9% (highest of the same group).  In fact, NS admitted that they wouldn’t make their rather modest 2019 OR goal of a 100bps improvement (though they reiterated their Target of 60% in 2021I.  Now, I may not be a High Priest in Good Standing of the Cult of OR, but given the expectations built into the PSR conversion, that’s an issue.  The call questioning became a polite version of snarky, leading to exasperation on behalf of management (we’ve spent a great deal of time on that already”; “we can only control the things we can control”, etc) and even the reintroduction of the dreaded “Dynamic” description of the new operating plan (thank God not combined with Flexible!).  The collective shudders were noticeable through my laptop.  But, really, this is a work in progress.  I believe it could have been better defended as such – and why in the world didn’t they promote their excellent move of getting Claude Mongeau, CN HoFer?  (and when they were asked about him they highlighted his financial expertise – he was CN’s CFO before becoming their transitional CEO).  I don’t get that, at all.  But - but let’s look at some facts: