CNI Investor Conference - We the North! 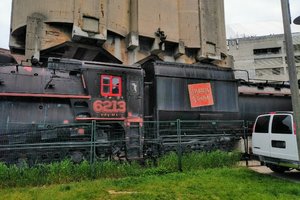 “Scheduled Railroading is foundational” /repeated often at the CN Investor Conference
“(The lesson from 2017 is)….the cost of over-investment is much less than that of under-investment” /CN CFO Ghislain Houle
“We the North!” /Heard and seen everywhere in Toronto, as a response to false claims that railroads don’t want to spend or grow….

Canadian National held its Investor Conference over the first two days of this week in Toronto; the first under CEO JJ Ruest but also after only two years since its last one, another measurement of CN leading the industry.  This conference in many ways, particularly in technology – a large and even overriding theme -  served as an update on moving concepts from the drawing board to the field since June 2017.  Interestingly, the Canadian press saw this event as big news – the Financial Post noting the big IT emphasis, correctly, while the Star saw “inorganic” M&A as the driver (it’s a supplement, not the lead); as they turn 100 years old today the story might be best seen from my RailTrends partner Progressive Railroading’s May cover story “Canadian National Rounding 100” – and my takeaways from 48 hours in the North.  Some Highlights:

1. CN increased their anticipated earnings growth rate for the three year period 2020-22 to “low double digits” from the (accomplished) ~10% earnings growth of the prior 3-year period; more importantly, they reiterated their ROIC range of 15-17% - the appropriate way to measure success in an emerging PHR (Post-Hunter Railway) or SR/PSR 2.0 railway industry.  CNI remains not only the “Mothership” but also the trend-setter and leader, with competition coming from Calgary to be sure (and perhaps the remaining rails?) in the intermediate future….CNI is also the best refutation of the still de facto misunderstanding of PSR as a cost-cutting, volume shrinking short term orientated policy (see the current Trains magazine:  “it is neither precision nor scheduled” and is anti-growth).  CNI is all about growth and is willing – eager – to spend to achieve it given, as it always comes back to, the returns on investment.

2. Talent and diversity – in this case of experience as well as of race and gender.  With COO – not (yet) a CEO, as I wrote on Monday - Mike Cory retiring (complete with a full “Obama out” mic-drop), concerns about the operating department were largely put to rest with the unofficial introduction of Rob Reilly as the incoming COO (from the BNSF) and the reintroduction of the three experienced regional VPs – and VP-Mechanical (rolling stock) from the airline industry and VP-System Engineering (network) from autos and aerospace.  Their new (13-month) CIO Michael Foster comes from FedEx but his “embedded” VP Railroad Technology & Deployment (emphasis on that last word) comes from railway ops (MacDonald’s predecessor at the Eastern region, in fact).  Overall, in our two days together I heard Francophone and Anglophone voices – and a fair amount of good ol’ “Amurrican” as well….

3.  CN didn’t take their defense of ROI over the Cult of the OR - and all that implies - far enough, in my humble opinion – but then perhaps that’s too high a goal.  As such, they discussed their three-year OR goal (mid-50, including a roughly 100bps “hit” from the TransX trucking/drayage deal.  As such, they had to deal with the usual short term questions after they took down 2019 volume expectations a tad (from high to mid-single-digit RTM growth for FY19 – but the EPS target of low-double-digit growth was reaffirmed anyway)- can they cut fast enough, etc.  Also in the “sometimes questions reveal more than the answers” category I would add “Can you reassure us that 2017 (when CN fell short of the capacity to handle double-digit volume growth) won't ever happen again?” and multiple questions about rail consolidation (we were assured it was unlikely and even less so as the industry reliability improves under PSR).

4.  Inorganic (and other?) acquisitions are really a back-to-the-future policy for CN which over the EHH and post EHH periods in which in addition to the big deals (BCR, WC, GLT) CN also bought in 9 short lines – including the still critical “J” line around Chicago which saves 24-36 competitively advantaged hours traversing that city/region.  In the new era, Janet Drysdale reiterated that any M&A would be designed to “feed the beast” – as TransX clearly demonstrated in the cold supply chain opportunities.  They aren’t buying “fixer-uppers”, nor a T/L carrier, etc - and Janet and JJ noted there was an internal “bias for action”….

5.  Technology was the underlying trend, much as it was in 2017.  In fact, some of the tech day (+) was a follow-up from that earlier conference, an update on two major projects we saw on the drawing board in Montreal in ’17 and in the fiend in Toronto this week – the Automatic Inspection Portal (AIP -a shed with cameras that can photo-inspect cars at running speed (up to 60mph) rather than over several hours in a yard – and after all 80 or so algorithms are included, at a much higher rate of accuracy.  There are two deployed now, 6 more coming this year (including two in the US) with 8 coming in 2020 and another 8 in 2021.The other is the Automatic Track Inspection Program (ATIP), essentially a specialized boxcar that can do full track inspections also at speed in a revenue train, instead of in a hi-rail at ~10mph (Canadian).  CN expects to get regulatory approval by 2021.  Photos of these two are attached (along with some “Before & After” locomotive rebuilds – see if you can spot the real one?).   The AIP sheds also capture real-time information by car – which I believe could have commercial/visibility potential, as well.  We saw new hand-held products (“Lynx”) replacing reams and reams of spec documents for car repairs, an intermodal “MobilePass” system built with GE, and perhaps most interestingly, the beginnings of a rail-centric Transportation Management System (TMS) with car-tracking visibility (including empties!) that can potentially be a real “game-changer”.  In response to my question about the myriad of TMS products out there (a big part of the IT world since the first internet wave), CN responded that all of those were 3PL oriented – and a quick check of the “TMS Guide” in the latest “Inbound Logistics”, listing ~80 products,  proved that to be the case.  I look forward to re-visiting the TMS project in 2021….along with an update on their “Smart Network”, a “fully integrated network simulator” due to be functional by late ’21.  CN is also on the verge of hiring its first Chief Digital Officer (stay tuned).

6.  Tweets still can interfere with the best-laid plans….There was also little discussion of politics (mea culpa) – a potential threat to company forecast given the recent hit to USMCA ratification potential….which was, of course, a big deal in Canada (the Globe&Mail wrote that the Mexico tariffs tied to immigration was the final “proof that trade deals with the US have no value”!).  Laredo is the #1 rail import/export gateway, of course, but Port Huron and Detroit are numbers 2 & 3, respectively, and collectively are a third bigger than Laredo.

7.   There was little mention of Canapux; none, in fact, if I didn’t ask – it is looking like a cool but very niche-y product….

8.   CNI didn’t take up into the tower in our visit to MacMillan (“MAC”) Yard – missing a real opportunity to create and cultivate the next generation of foamers…

Previous
Greetings from back in the good ol’ USA (But congrats to the Raptors – We the North!)
Next
Executive Spinning Wheel Spins Faster; Conferences Yield Few Nuggets - and Good News out of DC?