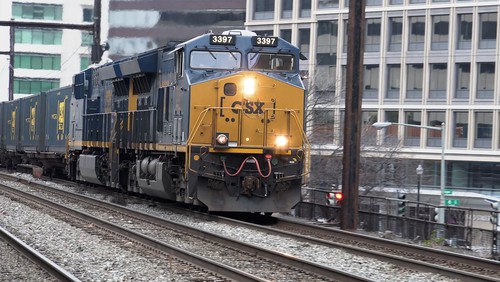 Class I Railroads are no longer low-cost storage option, so shippers need to know rates for handling railcars

For years, shippers have tapped spare capacity of railcars and tracks as a low-cost option for storing and staging bulk commodities.

But the widespread adoption of the business model known as “precision scheduled railroading” means the big U.S. railroads want to be in the moving business, not the storage business. And that poses a problem for the hundreds of shippers now looking where to store their tanker cars, hoppers, and gondolas.

“The number of railcars in storage was just slightly above 311,000 at the start of May, this is a marginal increase from last years average of 300,000 cars in storage,” says Martin Lew, Chief Executive Officer of rail car storage, leasing and purchasing marketplace Commtrex.

Once you get above 300,000 idled cars, “you’re talking about roughly 20 percent of the 1.67 million railcars in the North American fleet of the available railcar capacity, which is an increase the last years average of 312,000 cars in storage.” Lew said.

Commtrex’s platform helps rail shippers navigate this new market. The Sugar Land, Texas-based company lists 143,000 storage spaces for rail cars, along with over $520 million in railcars in the Commtrex system and more than 1,500 transloading locations.

“We’ve seen more activity in our storage module the last six months than we have seen across the past two years, which can be construed as a negative indicator for overall railcar demand,” he added.

Commtrex’s pricing index data, available as the new Railcar Storage Price index (SONAR: RCSP), shows the level of demand across different geographies. The storage index for U.S. Southeast and Mid-Atlantic states (SONAR: RCSP.NASE) is up 31 percent since the end of February. But Gulf Coast storage (SONAR: RCSP.NACE) have come off their March and April highs.

Storage levels continue to increase across all car types. But the largest increases are in covered hoppers, which handle grains, chemicals, non-metallic minerals, and tank cars, which handle liquid bulk.

Both assets account for two-thirds of all railcars in storage, Lew said.

Lew said the high number of railcars in storage indicates slowing activity among major commodity producers and buyers and the overall freight slowdown.

Likewise, it can reflect commodity specific issues. For example, oil drillers in the Permian oil basin in West Texas have switched away from using white sand sourced in Wisconsin for hydraulic fracturing.

In its place, they are using in-basin sand from the Permian itself, which now represents nearly a quarter of the total supply of the market. That, of course, reduces demand for covered hoppers.

But the main issue facing shippers is that flexible storage policies are becoming a thing of the past due to PSR. Railroads are selling off underutilized yards and they are starting to charge shippers higher penalties for keeping railcars idle.

“A major part of PSR is making sure that there are no idle cars sitting on the class 1 lines,” Lew said.

“With a much higher focus on improving overall productivity by reducing the numbers of cars idle on class 1 lines in order to free capacity, increase fluidity while also decreasing dwell time, PSR is forcing their shippers to look for storage on the on their own.”

The issue of storage is of increasing concern to rail shippers. This week, the U.S. Surface Transportation Board will start hearings on the detention and demurrage fees hitting rail shippers.

“Our customers aren’t holding onto our cars and they’re spinning them faster and we’re getting better asset utilization,” Wallace said.

Norfolk Southern (NYSE: NSC) is also reportedly looking at hiking its demurrage fees as it implements its own PSR plan through their clean sheeting initiative.

In addition to tighter storage policies, PSR is also shifting the burden of railcar ownership to shippers. The number of cars that CSX had online in the first quarter 2019 dropped 10 percent from a year earlier.

“PSR is changing the dynamic for how much responsibility the shipper has over their own fleet which is now forcing many shippers that leaned on system leased cars to now having to secure their own private fleet,” Lew said.

Lew said new storage sites are cropping up from railyards divested by the Class 1 railroads. That’s creating something of a scramble among investors to acquire and assemble rail assets that can be re-purposed in the PSR world.

“We’re seeing a lot of activity from investor groups and private equity firms that are looking to acquire short-line railroads and storage yards,” Lew said. “If you look at any deals for repair shops or short-lines, there are double-digit multiples being attached.”

“Just by the virtue of PSR, you are going to have tens of thousands of cars typically on a Class 1 track now being told, ‘to find a home for storing cars that are not moving on our lines’,” Lew said.