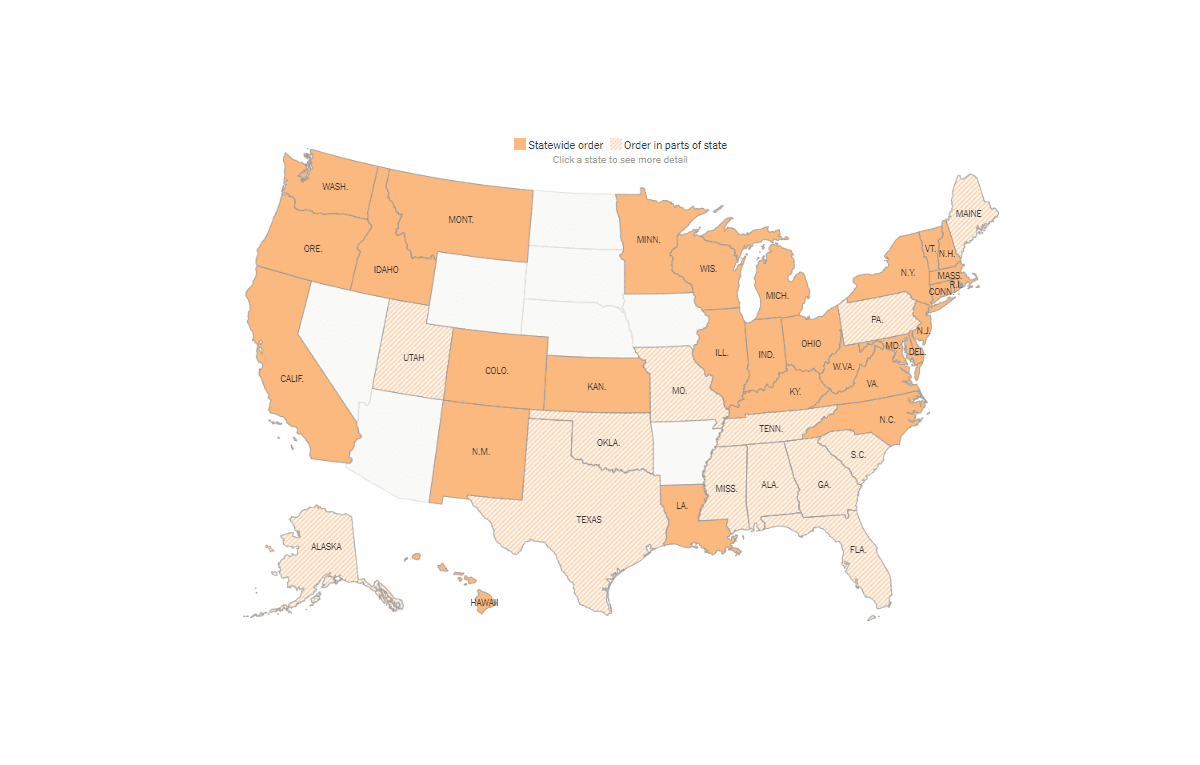 In a matter of days, millions of Americans have been asked to do what might have been unthinkable only a month ago: Don’t go to work, don’t go to school, don’t leave the house at all, unless you have to.

The directives to keep people at home to stunt the spread of the coronavirus began in California, and have quickly been adopted across the country. By Monday, more than half the states and the Navajo Nation had told their residents to stay at home as much as possible, with many cities and counties joining in.

This means at least 248 million people in at least 29 states, 79 counties, 14 cities, and one territory are being urged to stay home.

People can generally still leave their homes for necessities — to go to the grocery store, to go to the doctor and to get fresh air. Still, the changes so fundamentally alter American life that some states, like Texas, have been hesitant to adopt them. In other states, leaders described the decision as agonizing but necessary. “We are at war,” Gov. Mike DeWine of Ohio said.

The result is a patchwork of local and state directives that use a variety of terms, like “shelter in place,” or “safer at home.” The stunning effect is the same: About three out of four Americans are or will soon be under instructions to stay at home.

Here is a guide to how the orders affect each state in the list below.