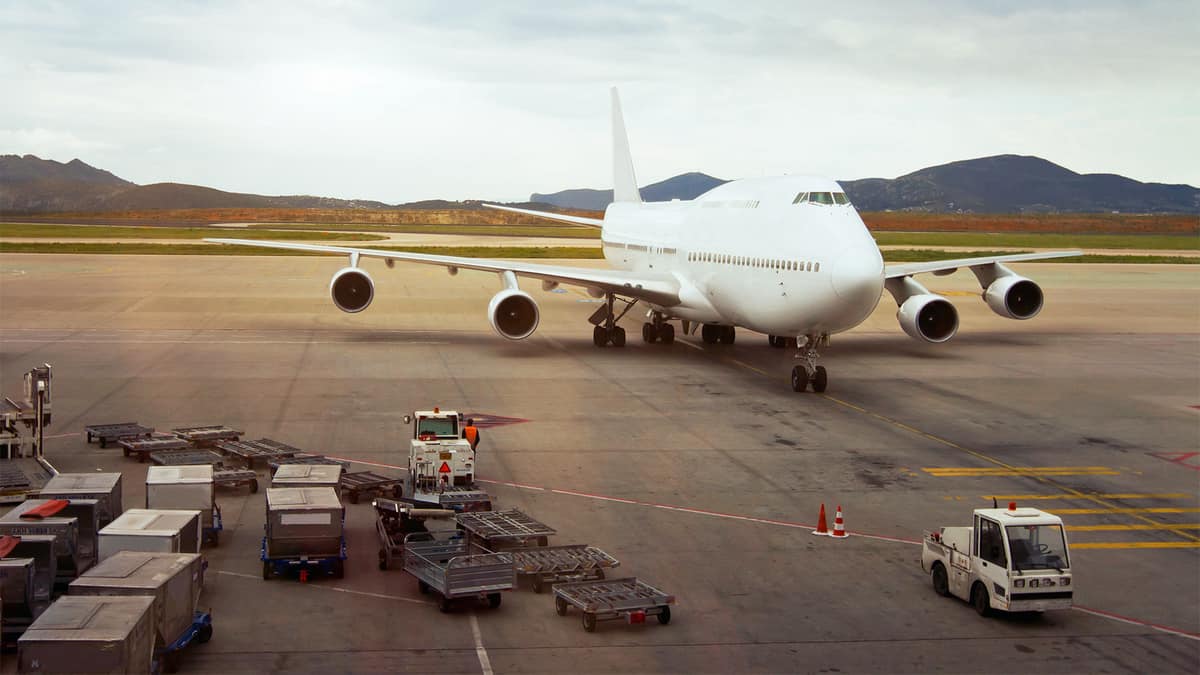 The U.S. Department of Homeland Security (DHS) confirmed that cargo is not part of the latest travel restrictions aimed at curbing the spread of coronavirus despite mixed messages from President Donald Trump.

In a televised speech Wednesday evening, Trump said the suspension, which begins Friday, applied to all travel from 26 European countries to the United States, and that the ban “will not only apply to the tremendous amount of trade and cargo, but various other things as we get approval.”

Trump walked that statement back in a tweet about an hour later, asserting that trade “will in no way be affected” by the restrictions. In clarifying the policy, DHS overlooked the conflicting statements.

“President Trump was clear last night that trade will not be affected,” a DHS spokesperson confirmed to FreightWaves, noting that Customs and Border Protection (CBP), which oversees cargo security for imports and exports, “continues to process cargo at its normal rate as there has been no identified threat as it relates to cargo shipments.”

On the maritime side, DHS said vessels, crewmembers or passengers recently in affected areas “will have their arrivals fully vetted to safeguard the American public yet facilitate trade. This safety protocol is not anticipated to slow down the movement of cargo.” 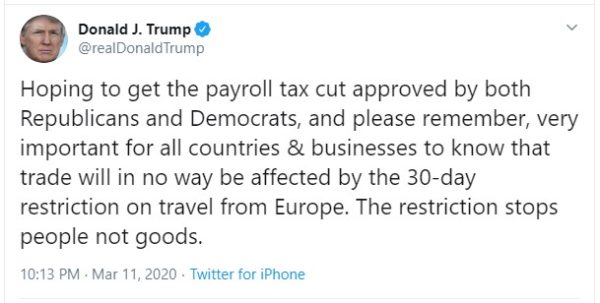