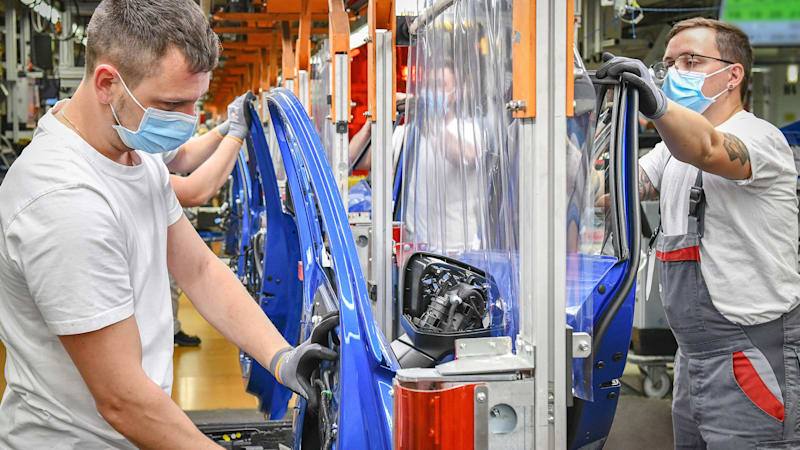 Some are moving ahead, others are postponing

Businesses everywhere are eager to restart after the coronavirus shut-down, but that desire is tempered by a need to mitigate further spread of the disease. After standing idle for much of the month of April, some automakers are gearing up to restart production — often at a lesser pace than previously — while others have announced further postponement. Here's the latest:

• Volkswagen's Chattanooga assembly facility, which had planned to restart production May 3, is instead extending its shutdown, with no new date given. Chattanooga has been idle since March 21. Workers have been furloughed since April 11. In a statement, Volkswagen said it will "weigh the readiness of the supplier base, as well as the market demand and the status of the COVID-19 outbreak." The company restarted its Wolfsburg assembly facility on April 27.

• Toyota has announced that it is postponing the restart of its North American operations by a week. They had been set to resume the week of May 4 but now are slated for the week of May 11.

• Audi restarted production at its Ingolstadt, Germany, assembly plant on April 29. The plant is running a single shift, making the A3 and Q2 models.

• GM, Ford, and FCA have not announced a restart date for their North American operations, although the Wall Street Journal is reporting that May 18 is the tentative date for all three. GM has released its latest safety protocols for keeping workers protected, and the company is testing new procedures with a limited staff at its Arlington, Texas, truck plant.