CSX faced a number of headwinds in 2019, but are better times ahead? 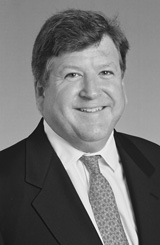 CSX was impacted by the overall headwinds (the manufacturing recession, trade issues, tough comparisons) and some more local (the de-marketing, coal – revenues down 22% - particularly export coal weakness, the Philly refinery explosion, the GM strike – NS has traditionally been a Ford shop).  So, revenues declined 8% on a 7% volume drop (that export coal margin whammy).  Expenses dropped 9% and headcount by 7% - efficiency.  The downbeat report was noticed – the WSJ headline was “CSX: Rail Revenue Drops; 2020 Forecast Weak” (my emphasis).  But, are better times ahead?  Not in coal, of course, but the rest should be up - in IM and merchandise (CEO Jim Foote:  “80% of our business (base) should be doing extremely well”) – and there is even talk in Philadelphia of rebuilding the refinery.  CSX predicted flat-to-down revenue but that inflection around mid-year.  The PSR track record in intermodal going back to CN is prune-to-grow over a several-year period….